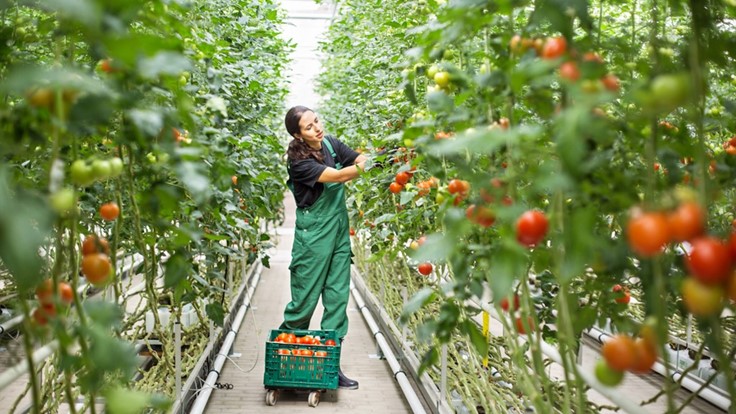 When the seasons change, so do growers’ environmental concerns. Even in the greenhouse, where some growers can control their surroundings, changes in the weather can greatly impact the growing process.

According to Matthew Kispert, horticulturist at CropKing, growers should be cognizant of higher light levels at different points in the year. He recommends looking first at irrigation. Higher light levels can lead to some nutritional issues that proper irrigation methods can help prevent.

“When you are moving plant starts into a greenhouse they are going to go through a period of hardening off,” Kispert says. “Expect some slight initial wilting during periods of high light, especially if you are running irrigation [with higher] EC levels. As the light levels increase, the water demand on the plant is going to go up.”

As this happens, Kispert says growers should lower EC levels. In essence, lean the ratio of nutrients to water more towards water to prevent plants from becoming too stressed. He also says using shade curtains as the season progresses is one way to prevent excess light from hitting the plants.

According to Kispert, there are clear dangers to not properly managing light levels. For starters, he says more serious wilting and some burning are among the problems that can be caused by rising light levels.

“The growing point is the most sensitive part [of a crop],” Kispert says. “One, it’s the highest point on the crop and two, it’s the smallest amount of tissue, so it’s unable to move as much water out as older leaves can.”

Kispert says high humidity is a more common issue for older plants in the fall than it is for newly planted crops in the spring.

In the fall, Kispert says warmer temperatures outside paired with a larger canopy in the greenhouse means there is going to be more water in the air. Signs that humidity levels are too high include condensation on the walls of the greenhouse — which could then drip on plants and make the plants susceptible to certain fungal pathogens — and on the denser parts of the plants, including the fruit and stems.  Issues with pollination might also arise from high humidity.

“If you’re growing a flower crop like a tomato, and humidity is high, pollination isn’t going to be as effective since the physical act of shaking the pollen from the plant is harder because the pollen is stickier,” he says.

Read more with the original interview from Produce Grower, here.