The Salvation Army teaches children how to grow indoors 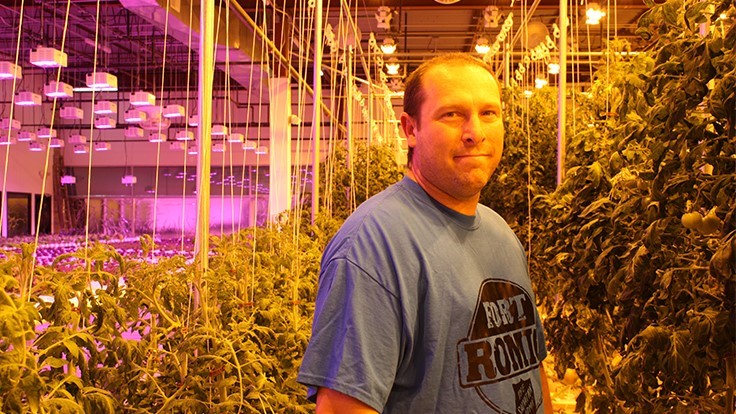 Children in and around Akron, Ohio, could help develop systems that could one day be used to grow food on Mars, upload blueprints for “food computers” and grow produce for wholesale and food pantries.

The indoor farm provides the children learning opportunities in Science, Technology, Engineering and Math (STEM), culinary arts and other subjects, says Major Kevin Jackson, SCAS coordinator. Jackson says about 90 percent of these students are “at-risk,” which the Journal of General Internal Medicine defines as populations that may have low literacy rates, be economically disadvantaged, face abuse or persecution, or experience other issues. SCAS has partnered with Akron Public Schools (although participation at the farm isn’t limited to children in the district), the University of Akron, NASA and MIT. CropKing provided automated hydroponics systems, sole-source lights and other materials.

“The kids are pretty much involved in every aspect,” Jackson says. “Technology is what drives their world, so the CropKing system was perfect for us in terms of the computer and the sensors, and the automation that came with it.”

The students range in age from 18 months to 18 years, Jackson says. Younger students start out learning about aquaponics and ebb-and-flow systems — which take up about 6,000 square feet of the 18,000-square-foot Fort Romig warehouse. Once the students reach about first or second grade, they begin working in a walled-off 7,000-square-foot commercial grow room in the warehouse that The Salvation Army has outfitted with CropKing’s nutrient film technique (NFT) and Bato bucket hydroponic systems.

In the grow room, lettuce and leafy greens flourish under LEDs, while tomatoes prosper under high-pressure sodium (HPS) lights. Mark Lindberg, social enterprise ministry specialist and the operation’s only full-time employee, says the lights run from about 5 p.m. — after the students have gone home — until the early morning hours. Fresh Face Farms sells most of its produce wholesale, but it sends some to food pantries or home with students.