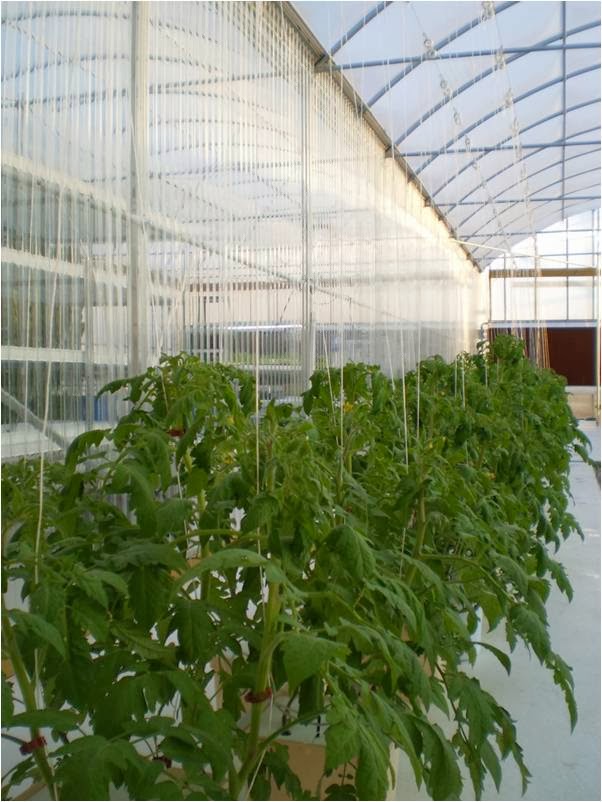 •This evaluation was carried out both to increase our knowledge

of several available beefsteaks and to provide information for

growers who may be considering these tomato cultivars.

Cultivars were obtained from a variety of seed suppliers to

In this post, I would like to give a perspective on comparative yield and fruit size throughout the season for

one of the trials in our greenhouse. However, before presenting this data, some important facts need to be

• Always keep in mind that this is small plot research. Due to size constraints in our trial greenhouse and the

time involved in data collection, these trials cannot be carried out on a full production scale.

greenhouse due to the influence of light, humidity and other environmental factors.

and interior rows may not produce comparable yields.

• This work was carried out in OH, so our environmental conditions will not necessarily match other 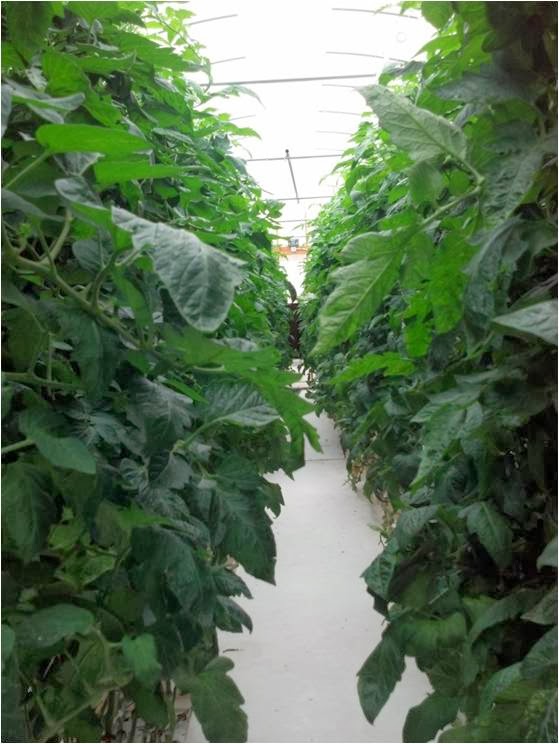 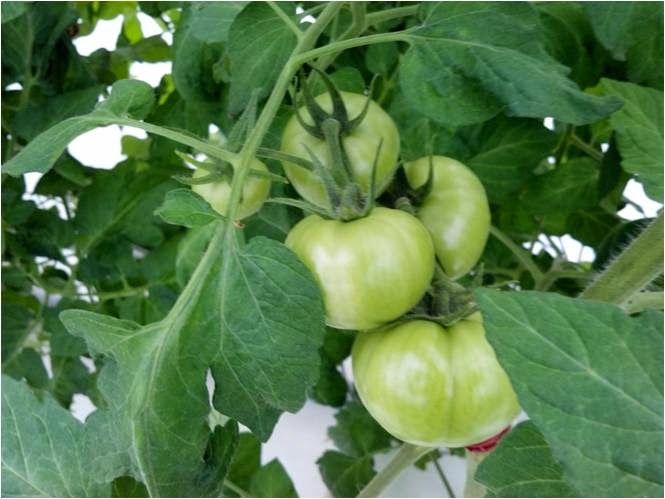 reflect the loss of light in the greenhouse due to shading. Additionally, in the warmest and most humid

portions of the summer, some condensation on the plastic also reduced incoming radiation. 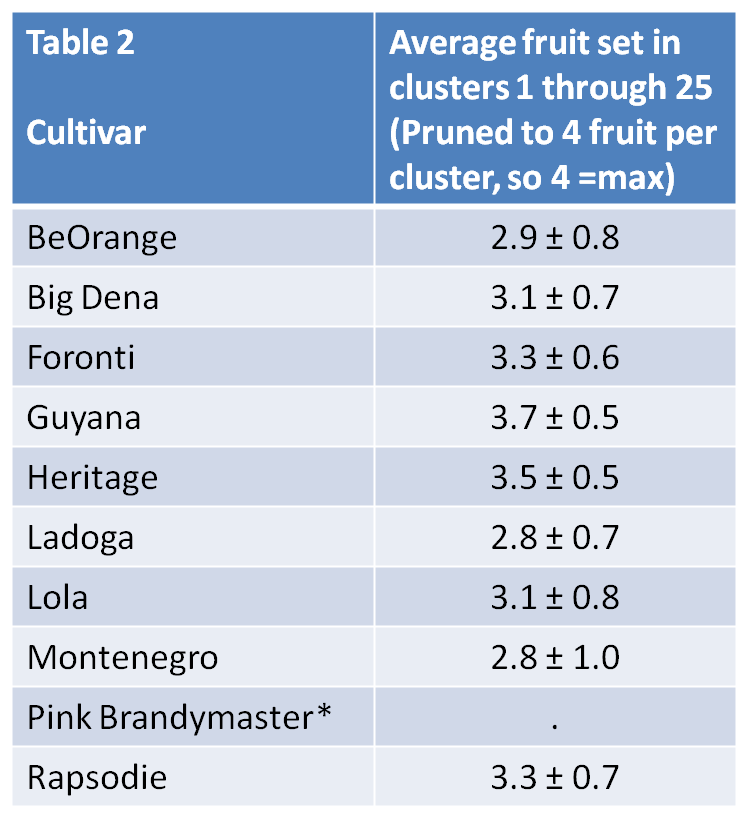 These numbers were derived from periodic counts of harvestable fruit from each cluster. The numbers were not statistically analyzed in the same way as the yield data that follows, but standard deviations  (sd) are reported. These sd illustrate that there was variability in fruit set across clusters due to nutrition and environmental conditions. Additionally, they suggest that some cultivars were more sensitive in terms of loss of flowers or fruit. One other note about these cluster counts is that in May we installed a reverse osmosis system in response to higher than optimum sodium levels in our source water which impacted fruit set on some clusters. Counts were not taken on Pink Brandymaster due to the uneveness of clusters as a result of cultivar tendencies. 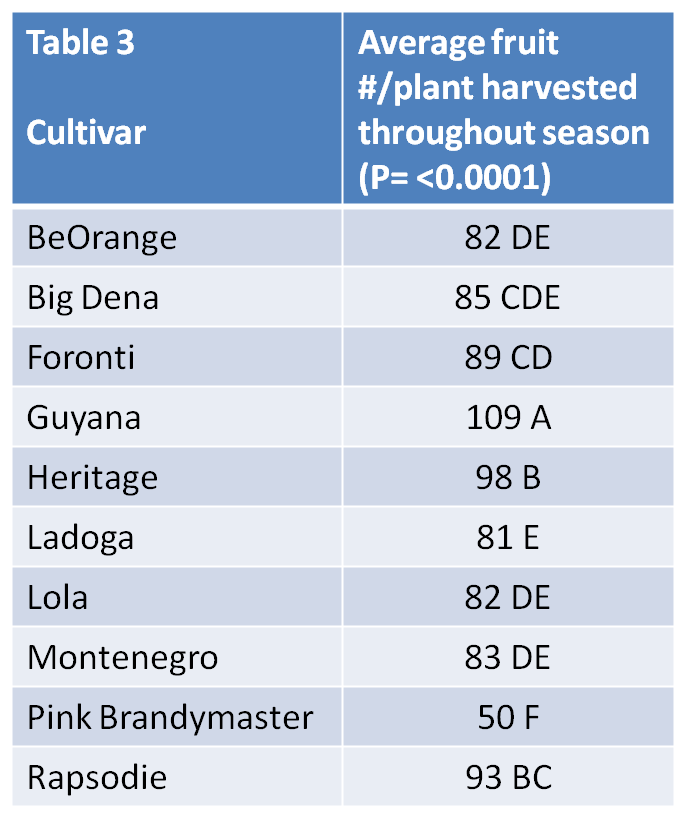 These numbers were derived from fruit counts taken at

harvest. So, these data correspond closely to the data

presented inthe previous table. Keep in mind that the

but fruit was harvested from 28 to 32 clusters per plants

in many cultivars. Not surprisingly, the cultivars

that maintained the highest average fruit per cluster

finished with the highest numbers of fruit. 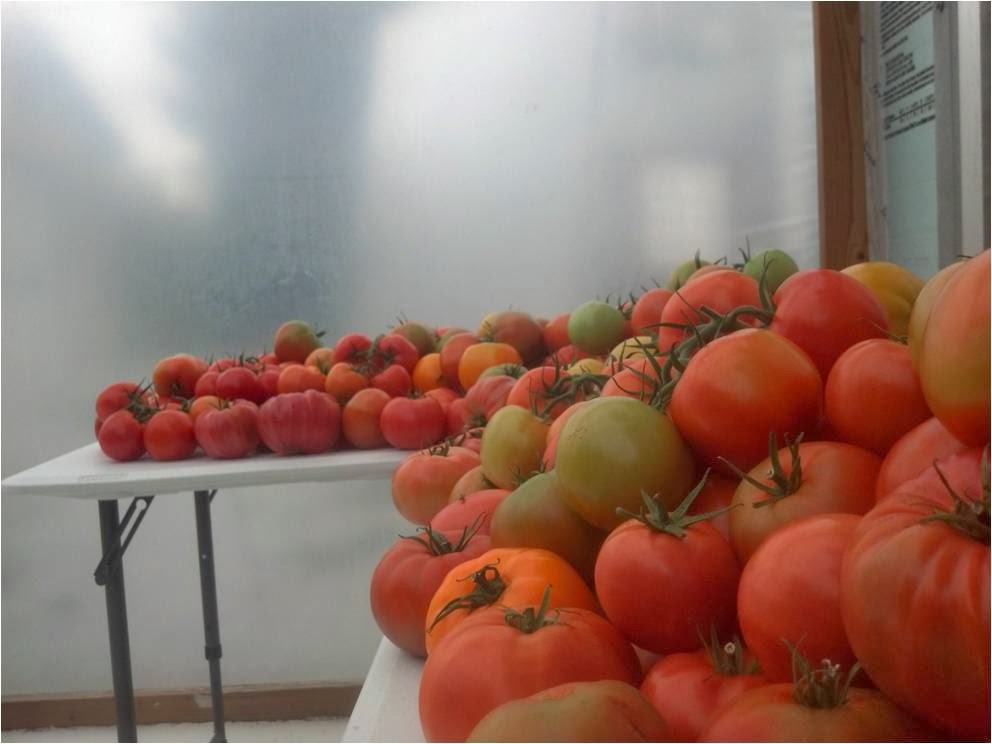 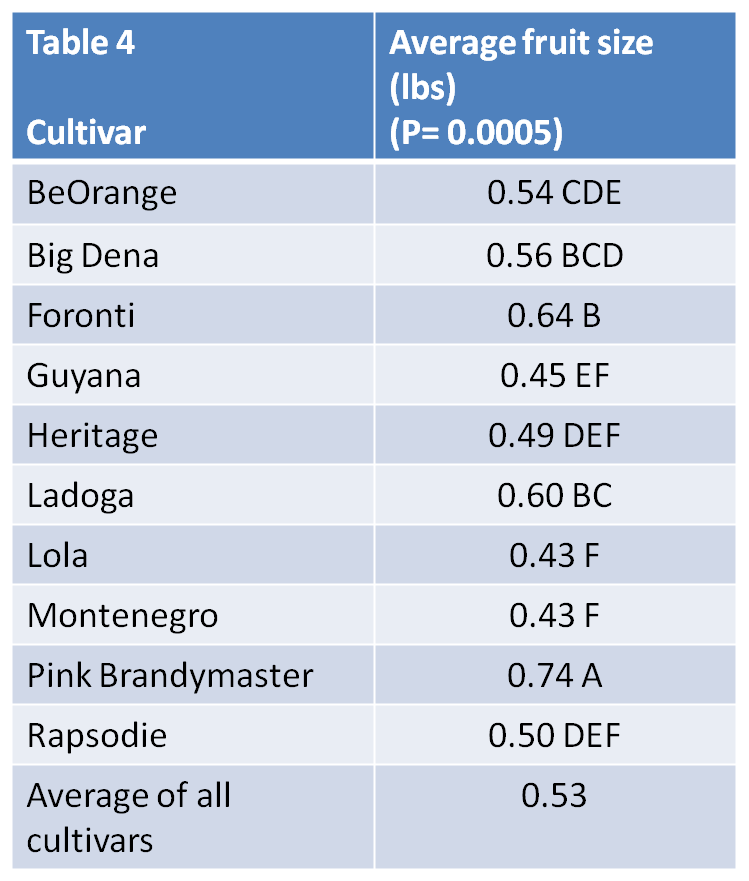 Relationship of Fruit Size and Number

One interesting thing to consider about these data is the

relationship between fruit number per plant and average

fruit size. Fruit size and fruit number in this trial were

and Pink Brandymaster with fewer larger fruit illustrate this trend.

However, this was not true for all cultivars. For instance, Foronti had the second highest average fruit weight

while averaging the 3rd highest fruit number per plant. 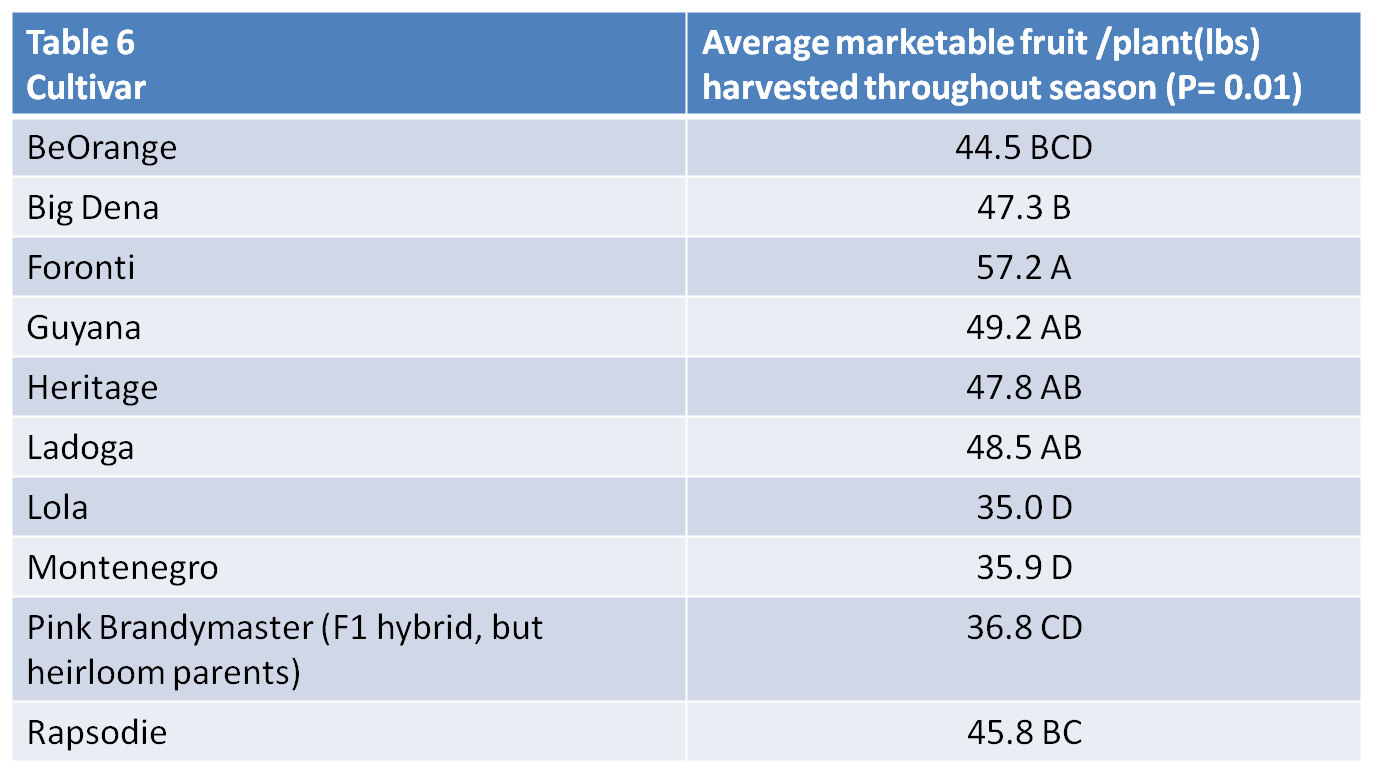 that were saleable. All fruit with damage due to blossom end rot, botrytis, etc. were not included in

This overview has thrown quite a bit of data at you the reader, but hopefully some of it has been useful. I

would like to close with a few comments and certainly feel free to email me with any further questions.

• Due to management and environmental factors, these yield numbers are not appropriate for basing

production estimates in your operation.

available. We used this project to chose cultivars to trial further and to suggest to growers for their own

evaluation. So, these numbers are only from one crop and are not the end- rather, they

are the beginning. Look for data in upcoming years from some of these cultivars.