*40% white shade cloth was installed July 16th and removed August 20th, so these solar radiation averages reflect the loss of light in the greenhouse due to shading. Additionally, in the warmest and most humid portions of the summer, some condensation on the plastic also reduced incoming radiation.
** Data not available

*No shade cloth was installed in the greenhouse in 2014, so all light as represented above is the full amount allowed through the greenhouse covering. 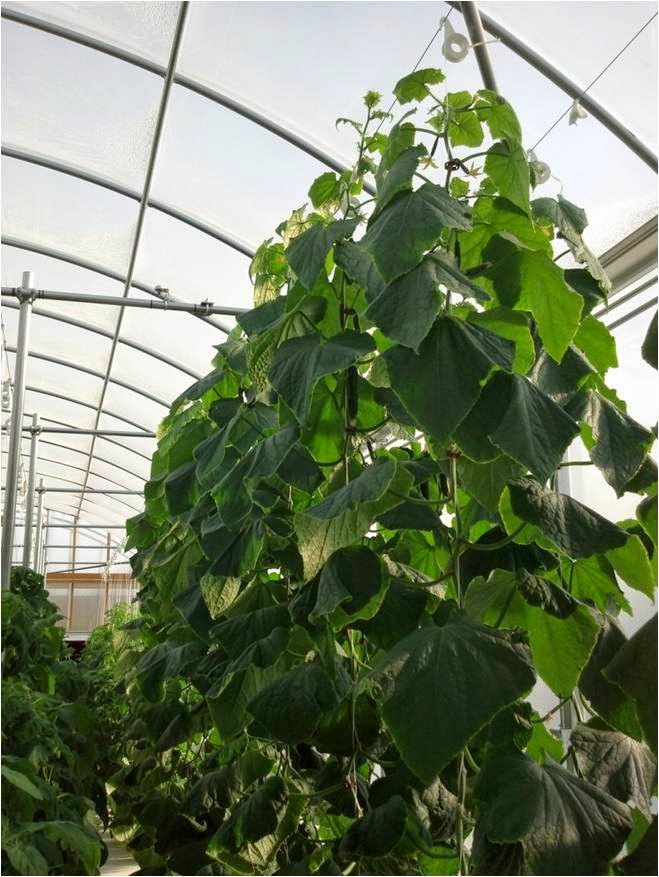 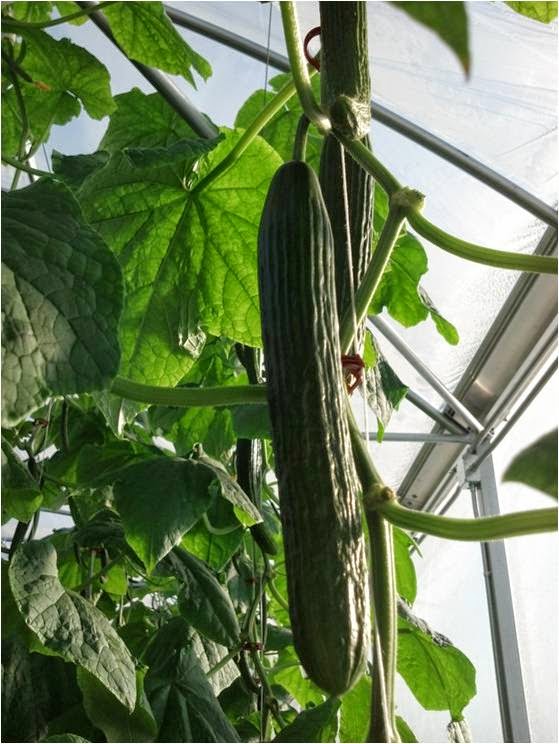 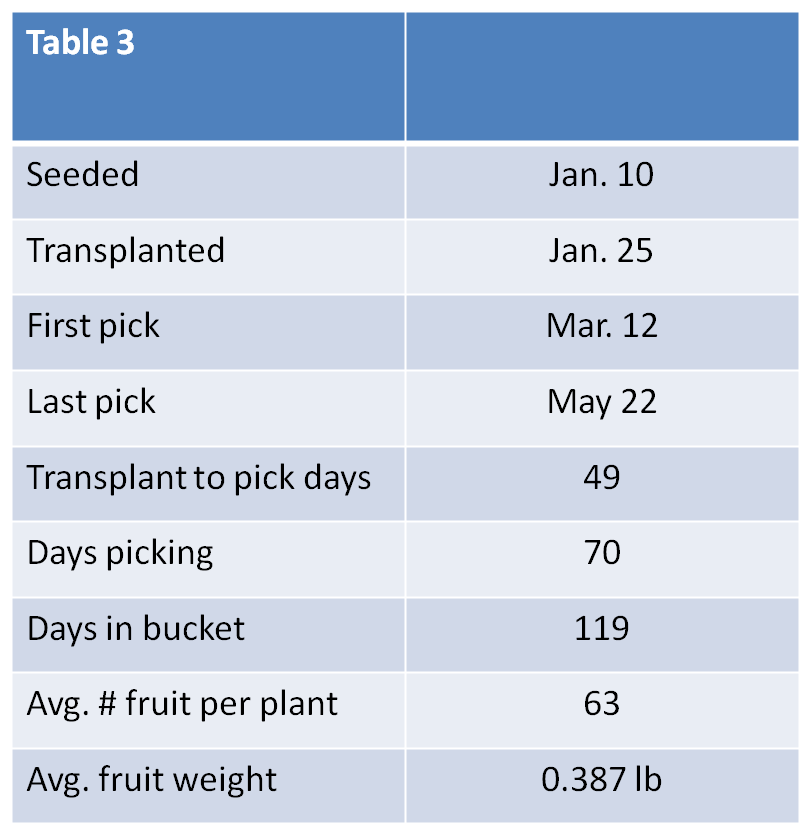 Manar cucumbers are Beit Alpha or mini cucumbers. This cultivar tends to produce a mid-sized fruit. We often harvested at 6 to 8 inches in length. Manar has high resistance to powdery mildew, so it is recommended for spring through summer production. It is a generative plant that will produce multiple fruit per node; however, we generally only harvested one fruit per node in this trial. In this crop, plants were grown with 8 ft2 per plant ( one plant per Bato bucket). Fruit were removed on the first 8 -10 nodes and that is one of the reasons for the long period of time from transplant to first pick. 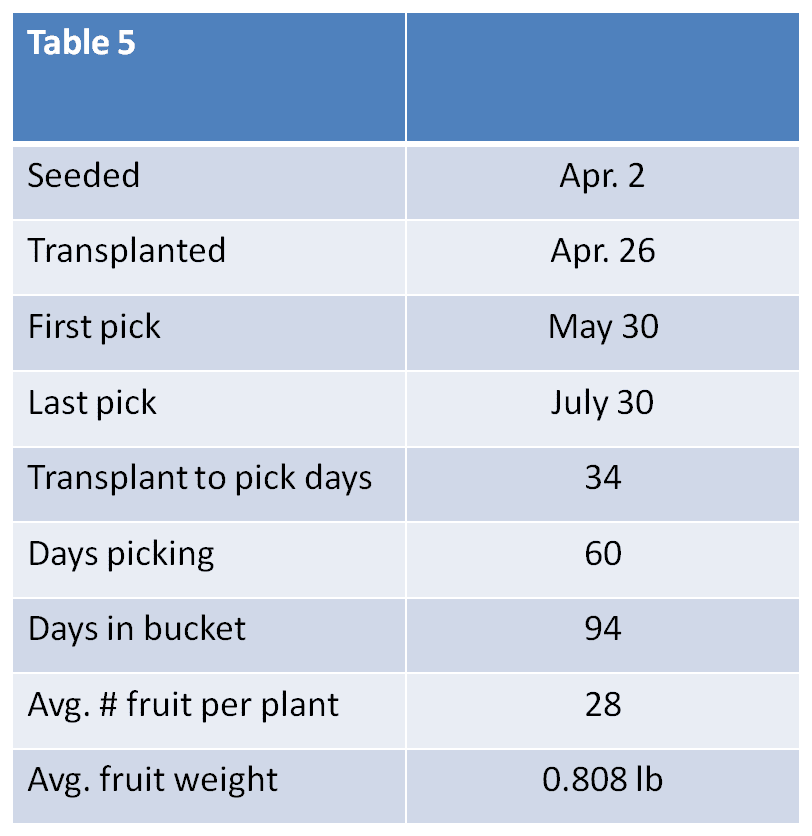 Eldora cucumbers are a long English cultivar. Fruit are generally harvested at 12 to 15 inches in length. Eldora has high resistance to powdery mildew, so it is recommended for spring through summer production. In this crop, plants were grown with 8 ft2 per plant ( one plant per Bato bucket). Fruit were removed on approximately the first 5 nodes, and only one fruit per node was allowed to mature to harvestable size. 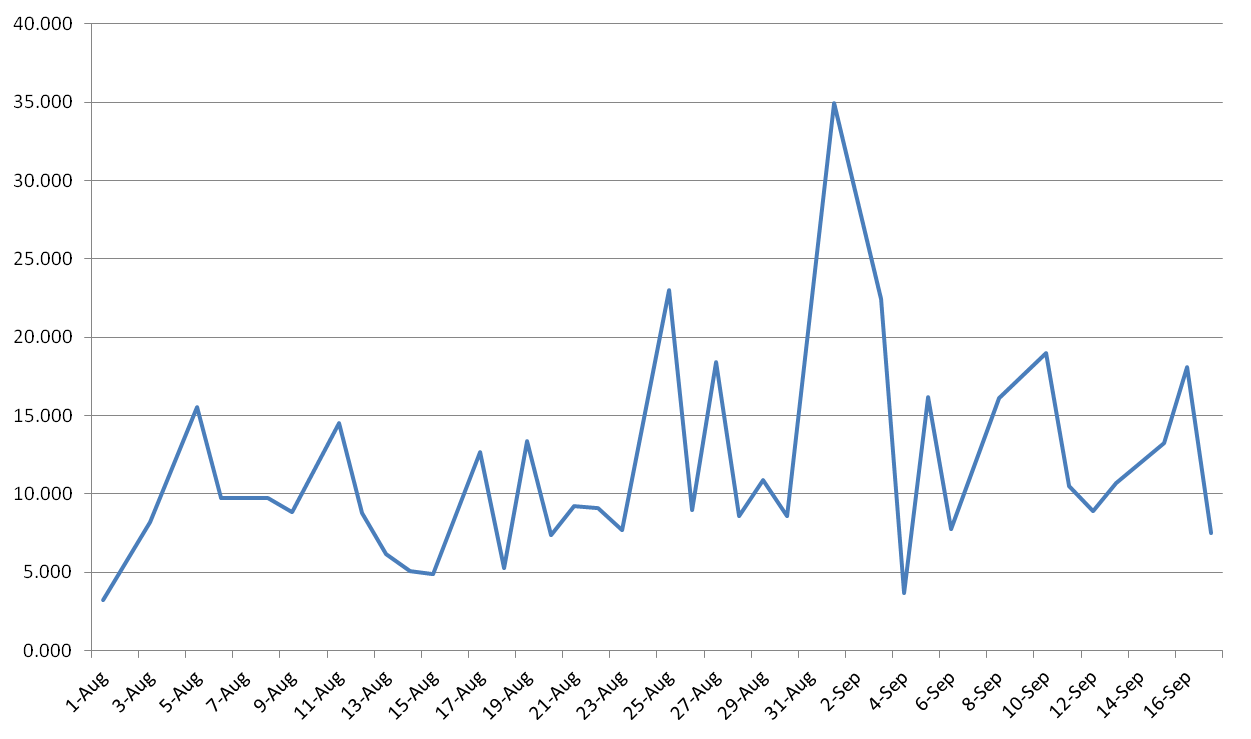 *Total harvest weight per picking for the entire crop cycle

This overview has thrown quite a bit of data at you the reader, but hopefully some of it has been useful. I would like to close with a few comments and certainly feel free to email or call with any further questions.