Romaine in NFT production in Ohio

Romaine lettuce can sometimes be a challenging lettuce crop to produce in the greenhouse due to its susceptibility to tipburn and related quality deterioration. However, there often appears to be a solid market for high quality, locally produced, romaine. In addition to environmental challenges, romaine cultivars specifically bred and developed for controlled environment production are less common than bibb cultivars. This trial was designed to evaluate a selection of romaine lettuce cultivars through a range of spring and summer conditions to evaluate their potential for greenhouse growers in the Midwest and northeast.

Primed and pelleted seeds were seeded by hand in pre-moistened 1” x 1” x 1 ½” rockwool cubes. Seeds were germinated in clear water in seeding trays, and were transferred to the nursery and nutrient solution 4 to 7 days after seeding. Seedlings were produced in flowing nutrient solution in the nursery for  approximately an additional week before transplanting (Run 1 and 2 were provided supplemental lighting during the seedling phase). After transplanting, lettuce plants were grown out in the channel for approximately four weeks prior to harvest. The nutrient solution was continually cycled through the Fertroller where automatic pH and EC adjustments met programmed solution set points. The pH was maintained at 5.8 by the addition of dilute sulfuric acid. EC was maintained at 1.6 to 1.8 (lower light levels = higher EC) by the addition of concentrated fertilizer solution and source water.

* It is important to note that these trials were carried out over set periods of time and harvests were made regardless of plant readiness for sale because clear comparisons were the main goal. In a commercial operation, more (or less) time may have been give these heads to reach a consistent saleable size and crop quality. 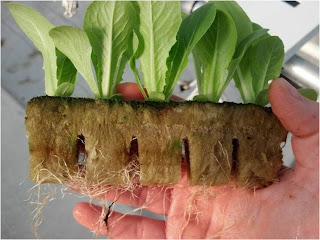 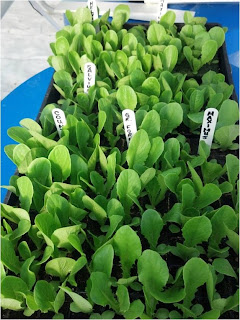 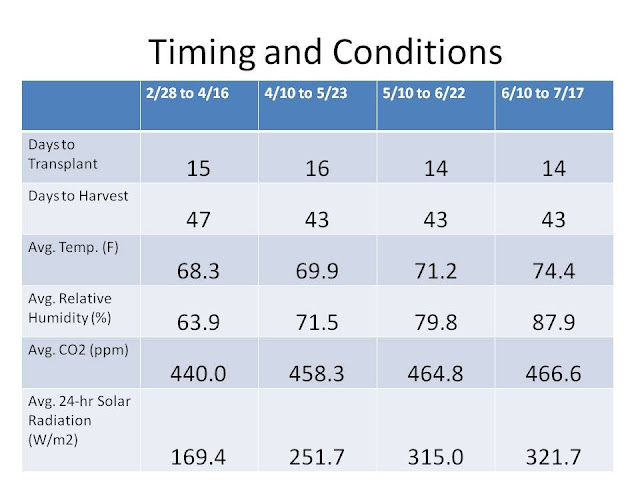 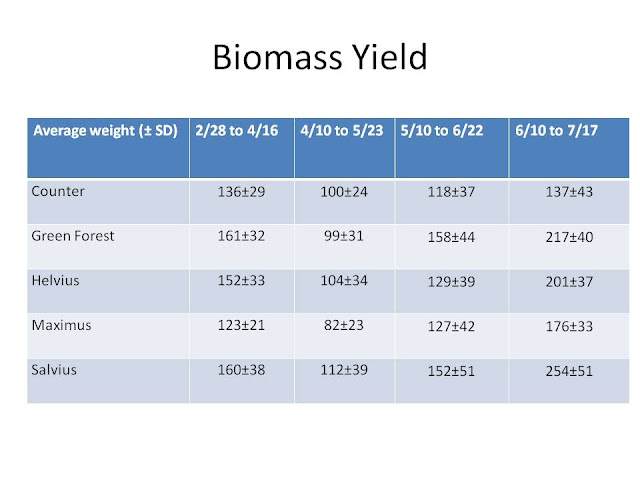 Some thoughts on the trial

In these data, there are a few items that are important to consider and understand about this trial.

1)  The first important fact to glean from these numbers is that the performance of the cultivars was fairly consistent, even though there were large variations across runs.  Green Forest and Salvius tended to be the higher yielding cultivars (in all runs except #2, discussed below) while Helvius was intermediate and Maximus and Counter were the two lower yielding cultivars in most trials. It is useful for growers to see that across both spring and summer conditions, these trends were fairly consistent. The yield trends could be influenced by the growth habits of these plants. Green Forest and Salvius were usually taller plants that were open longer while Helvius tended to form a head a little earlier. Maximus was a very open cultivar in most of our trials while Counter formed a smaller head. Cultivar choices should be made both on yield potential but also the plant form suitable for markets.

2) Nutrient solution conditions  may have been a key factor.

In viewing these numbers, there are a couple of key items to keep in mind. During the middle of May, we had an issue with our source water here at CropKing. The softener that we were relying upon was not functioning properly and the plants were receiving higher than optimum levels of sodium. This solution issue likely led to reduced growth and increased tipburn in run 2. Our new reverse osmosis system was installed on May 21st to correct these issues. However,  we then had a chlorine spike in our municipal water source that created some root damage and plant stress on June  13th. (Source water may need to be the topic of  a blog post in the near future!)  So, it was likely not until the 4th run that impacts of the improved source water quality can be observed. Keep in mind, though, that higher summer light and temperature were likely also a source of the higher yields in run 4. Temperature in Ohio was quite moderate for most of June and July and these crops were grown without a shade cloth on the greenhouse to take full advantage of available light. As with most contributors to plant growth, light, temperature and the impact of other stresses often cannot be completely separated in greenhouse work.

3) There were some differences in quality across the runs and the cultivars. Specific  data on plant quality was not collected in this study in a way that allows statistical comparisons. However, it should be noted that Counter had some heads with tipburn in all 4 runs (see below). Tipburn was observed mainly in Counter in Run 1 and in all cultivars in Run 2, while tipburn levels in all cultivars were reduced in runs 3 and 4. 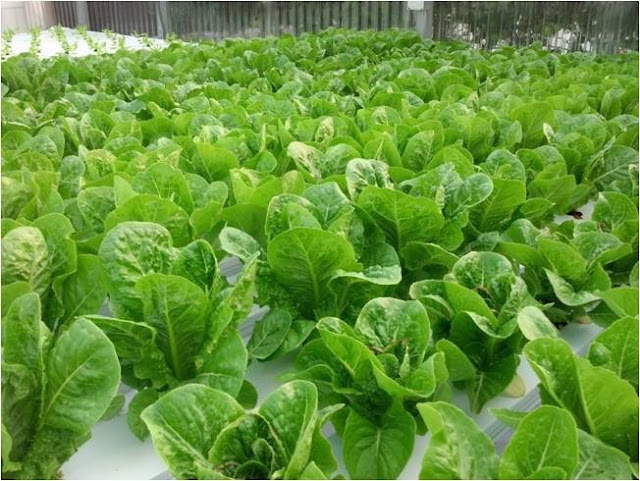 A picture is worth a thousand words..