Seeding was done by hand into pre-moistened 1” x 1” x 1 ½” cubes of three different media (Grodan 200 ct rockwool, Oasis XL 162, and GrowTech 162). Seeds were germinated in clear water in seeding trays, and were transferred to the nursery and nutrient solution 3 to 5 days after seeding. Seedlings were produced in flowing nutrient solution in the nursery for an additional 10 to 12 days before transplanting. Due to the season, no supplemental lighting was provided during the seedling phase. After transplanting, plants were grown out in the channels for 25 to 28 days until harvest. The nutrient solution was continually cycled through the Fertroller where automatic pH and EC adjustments met programmed solution set points. The pH was maintained at 5.8 by the addition of dilute sulfuric acid. EC was maintained at 1.7 by the addition of concentrated fertilizer solution and source water. Tank changes were carried out every two weeks. 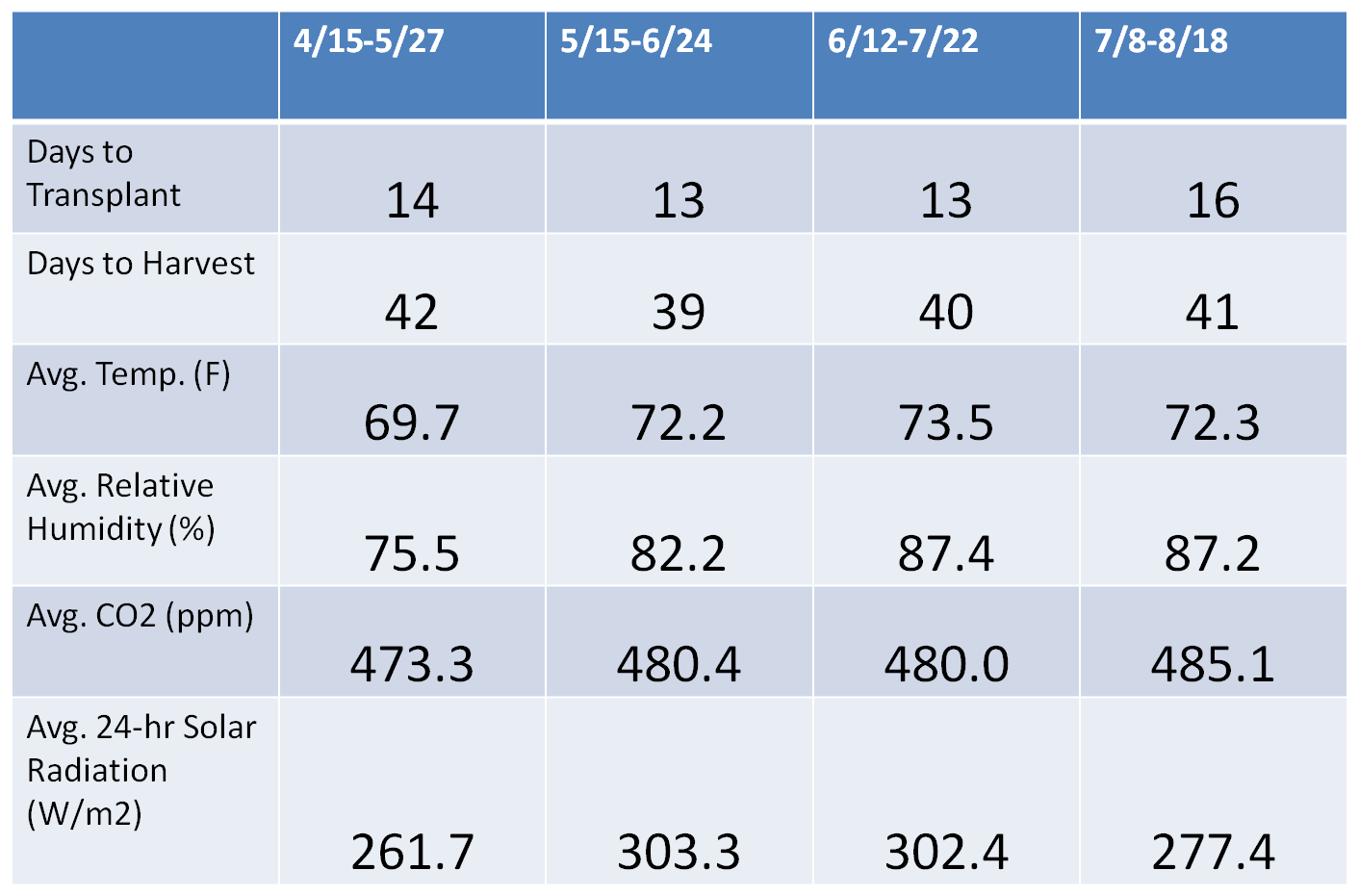 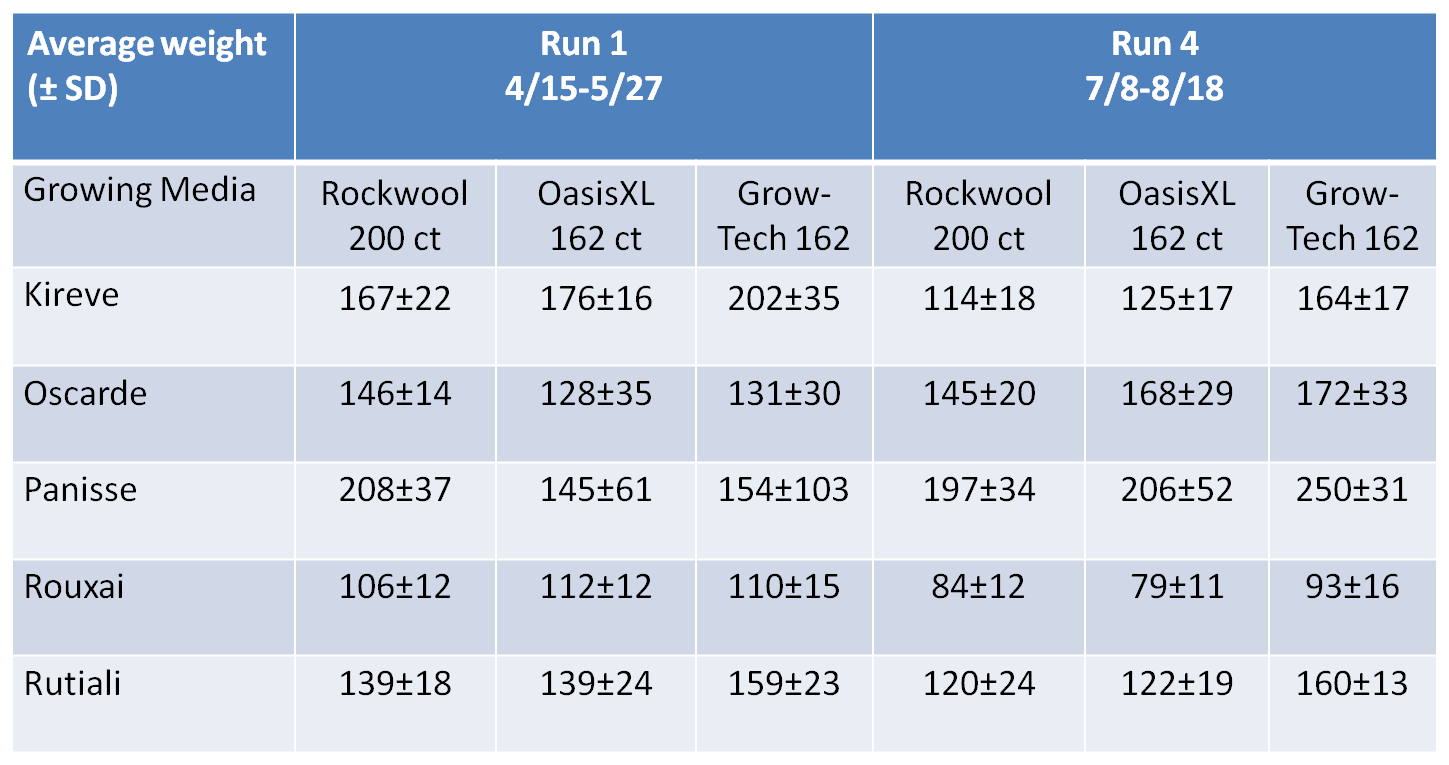 Some comments on the trial

Looking over the environmental and yield data, there are some interesting points and items that I would like to pull out and discuss a bit.